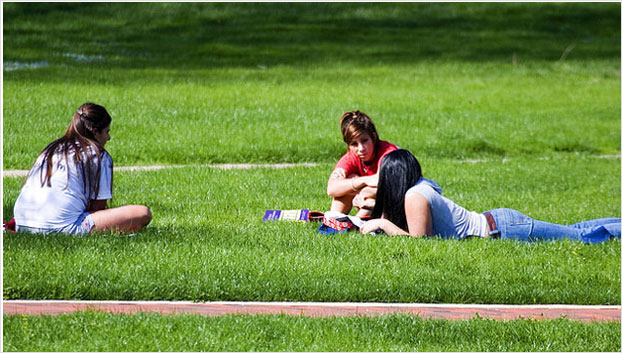 Living with a total stranger might seem intimidating at first, but you can beat the initial awkwardness by making an effort to get to know your roommate.

Set some boundaries and respect each other’s schedules, property, privacy, and personal space.

Communicate. Living with someone in close quarters is hard work, and you deserve to feel comfortable in your own living space. It is super important to be able to talk to your roommate about any problems you might be having.

Be nice. Everyone gets stressed out and homesick at some point during the school year. You are the one person that your roommate will probably see every day – it’ll be nice if you can count on each other for support.

Erica M. is in her 4th year at McGill University in Montreal, where she is pursuing a Bachelor of Arts in Art History, English Literature, and Communications. Originally from Toronto, she enjoys travelling, languages, skiing, and playing the piano and cello.
View all posts by Erica M. →