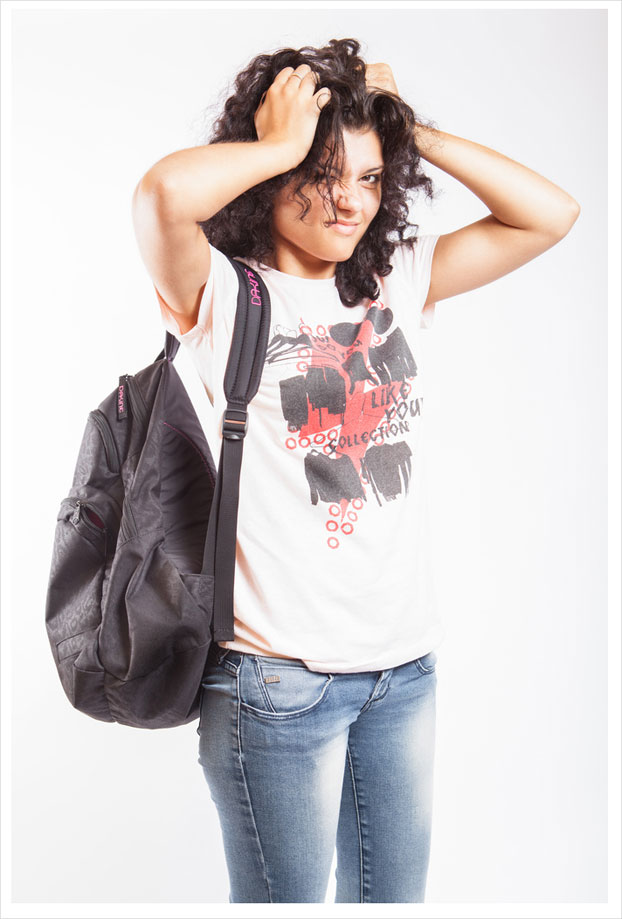 People love to tell students that they will look back upon the years they spent at university as the best years of their lives. They praise the unencumbered freedom of those youthful years as a sort of golden age – a time of being too young to care about a mortgage, but old enough to buy beer.

However, the freedom and flexibility that comes with university can be a double-edged sword. You have more independence, but more personal responsibility and less direct support than you used to have. Also, there are many instances in university (not to mention life in general) when you feel that you have to gain the approval of people you respect. The weight placed on the importance of your accomplishments can be difficult to bear at times, especially in a competitive academic environment.

While a healthy degree of pressure and competition can be incredibly stimulating and help motivate you to rise to a challenge or achieve your personal best, too much pressure from an overwhelming demand to succeed can result in an unhealthy amount of stress, exhaustion, and anxiety. Learning how to cope with these common sources of pressure will help both your state of mind and your academic performance. Good luck!

Self-inflicted pressure
Are you a perfectionist by nature? Try not to be too hard on yourself when something doesn’t go according to plan. You’re only human, and being critical of yourself is only useful if you treat failure as an opportunity to learn how to correct problems and develop resiliency in the long-term.

External pressure
Trying to satisfy the demands of your professors, parents, and peers all at once can be hard to handle, but remember: you aren’t the only person in the world who wants to see yourself succeed. You have the support of your family and friends, and they want what is best for you as well. It’s okay to ask your professor for help or rely on your family, close friends, and academic advisors for support. Everything feels easier when you know you aren’t alone.

Peer comparison
Some students are naturally adept at remaining calm under pressure, but everyone feels the pressure and deals with it in their own way. There is a popular metaphor that compares students to ducks – “seemingly calm on the surface, but paddling furiously to stay afloat.” Students tend to try and maintain a facade of composure, because to accomplish a great deal using a minimal amount of effort is typically admired. There will always be that one person who boasts about the time they slacked off in a course, didn’t go to class, didn’t do the readings, finished their assignments last-minute, and still got an A, and everyone else got a C. Ignore them. The reality is that sometimes you can put minimal effort into a class and still do well. Sometimes, you can’t. Just because you have to work hard to do well doesn’t mean you aren’t every bit as bright as your classmates who appear to be brilliant without even trying.

Unhealthy competition
Healthy competition is about achieving your personal best; nothing more. If you do not feel satisfied with your accomplishments unless you consider them to be superior to those of your classmates, check yourself. Try not to regard your classmates as threats. Your success does not come at the cost of their failure! Enjoy the accomplishments of your friends, and cheer them on without using them as a stick against which to measure your own success. On the other side, dealing with someone who needs to do everything better and faster than you did is never easy, but it can be done. Sometimes, a person who is overly competitive among friends might be dealing with some insecurity issues of his or her own. Your self-worth should not be tied up with external validation that you are consistently outperforming your peers. If someone is repeatedly trying to one-up your every success, keep in mind that their success does not come at the cost of your own, and vice versa.

Sharing your grades
People who are loudly competitive – the ones who always ask you what grades you’re getting, not out of genuine interest, but as a desire to confirm that they are doing better than you are – are the worst of the bunch. Whether or not to tell someone how you did on your midterms is your prerogative. It isn’t really anyone’s business but your own, after all. Telling this person that you don’t really talk about your grades is a good way of making sure it doesn’t happen again, because they will either a) think you’re a weirdo or b) feel snubbed – both reactions which will most likely result in them leaving you alone. If you don’t feel comfortable doing that, you can always be vague (in response to “How did you do on the midterm?”, either a “Well, I didn’t do as well as I thought I would!” or a “I’m really happy with how I did” should suffice).

The imposter syndrome
Sometimes, you might look at your brilliant, articulate, confident, self-assured, and experienced classmates and feel like a total ‘imposter’ among them, as if how you ended up in a room with them is a mystery. You feel pretty inadequate, incompetent, and inferior in comparison, and you’re convinced that you don’t belong – your accomplishments must have come about through a stroke of sheer luck or some sort of divine mistake, rather than as a result of your own ability. Know that this sentiment is actually a pretty common feeling among many students and adults in the workplace. Thinking down on yourself will only get you into the habit of setting low standards. Isn’t that the opposite of what you want to do? Don’t let fear of inadequacy stop you from trying to achieve your goals. Also, feeling pressure is a natural response to being challenged. Avoid comparing yourself to others, and just try to focus on the best work you can do. Accept the opportunity to learn and grow – chances are, you won’t regret it.

Erica M. is in her 4th year at McGill University in Montreal, where she is pursuing a Bachelor of Arts in Art History, English Literature, and Communications. Originally from Toronto, she enjoys travelling, languages, skiing, and playing the piano and cello.
View all posts by Erica M. →