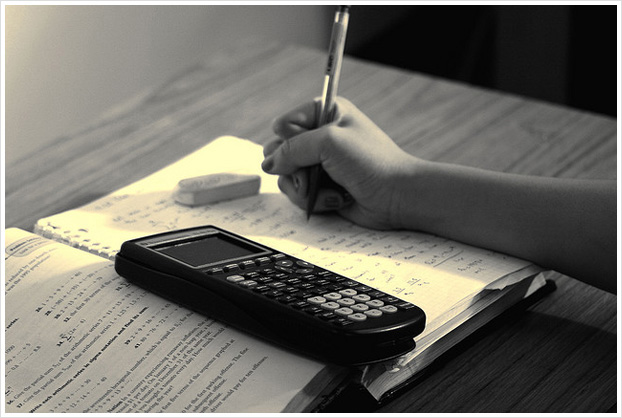 My first year of university was an overwhelming experience. York University’s Keele campus has over 55,000 students, and my faculty alone has 27,000 students. It’s easy to get lost, figuratively and literally, in such a place.

I learned an important lesson during first year that would help me not just in school, but in life in general. As a political science student, it was recommended that I take an introductory macroeconomics class. This class was during my second semester, and I felt like I was settling in well: I had already taken four classes and had no major problems.

However, the wheels started coming off when I started macroeconomics.

The professor had assigned 25% of our final grade to be completed online with three tests. Unfortunately, I had missed the lecture when he let us know this.

Another lesson learned for another time.

Our top two scores from the three tests would count toward our final grade. I missed the first test, and had to bank everything on the second and third. However, when the time came, I could not log into the program used to take the test. I chatted online with the website technical support staff for hours trying to solve my problem, but I never found a solution. I didn’t really pursue it anymore after that – I thought I could still pass even with the wasted 25%.

I ended up not completing any of the online tests, threw away 25% of my final grade – and failed the class.

What did I learn from this? Get help when you need it. I hadn’t experienced any problems before this class, and I was unsure about how to get help. I was intimidated to approach the professor in a class with over 200 students. I was scared, and that cost me financially (I had to repeat the class) and wasted my time.

I really do believe that if I talked to the professor about my problem, he would have worked hard to help me. Professors are there to help their students. Don’t make the same mistake I did of being intimidated by them. First year can be tough for some students, but don’t make it more difficult by putting up barriers. I also should have spoken with the department counselling service to see if there was anything they could do.

I look back on that class and think that I could have passed the first time if I had asked for help when I needed it. I learned my lesson quickly, which prevented similar problems from occurring in the future, and I was able to move on from it and eventually succeed.

I repeated the same class a year later and passed with a solid grade. Now I don’t hesitate to ask questions, seek out help and connect with professors.

Robert recently graduated with Honours from York University’s Global Political Studies program. After taking time off for travelling, he found a job at one of Toronto’s largest recruitment firms as an account manager. Robert enjoys current affairs, hiking, cycling, reading and travelling.
View all posts by Robert W. →