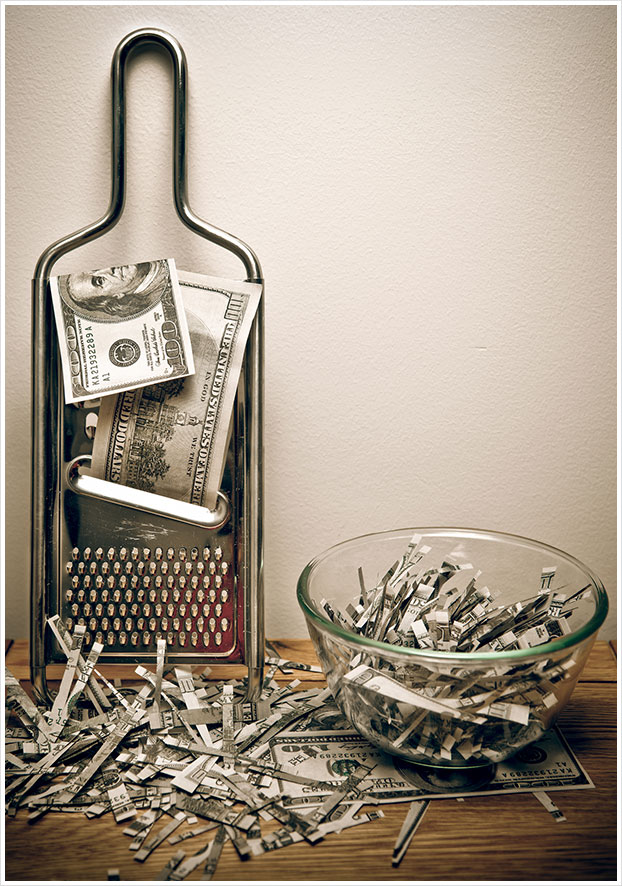 One of the best things about going off to college is the newfound independence. You don’t have parents telling you what to do anymore — and that is so liberating.

However, there are tons of people out there who are just as excited about your new independent lifestyle – free from the watchful eye of respectable, responsible parents. Scammers are just waiting for your carefree lifestyle to kick in.

Why You are a Target

Scammers target college students for a couple of reasons. First, you are fairly naive and innocent. You might not think so, but in worldly terms, you are totally unware of what is lurking out there. That means you won’t necessarily recognize scams for what they are.

Second, college is expensive. Scammers know you need money and they are willing to wrap appealing offers up in nice, neat packages.

How They Entice You

There are several college student scams out there. We can’t alert you to all of them, but we can help you identify the most common attempts to get at your money.

Credit Card Offers
These scams can get at you in one of two ways.

Scammers will get your money. Many companies bank on the fact that college students are pretty ignorant of things like interest rates and credit card fees. Signing up for a card might seem like an innocent way to get much-needed money during college. But the card companies will hide excessive fees and crazy interest rates in an attempt to get as much from you as possible.

Second, scammers will get your identity. These people might not even be associated with a real credit card company. But by getting you to fill out an official looking application, they can steal your identity. You might think your identity isn’t worth stealing. But in reality, 1/3 of all identity theft cases feature victims under the age of 30.

Credit card companies have been banned from college campuses in the United States because of these scams. But that doesn’t mean they can’t get you at other local hotspots. A lot of companies will offer college-related gear as an incentive for signing up. But is a new t-shirt with your school’s mascot worth thousands of dollars in credit card fees or a stolen identity?

If you are seriously interested in a credit card, talk with someone older and wiser who can advise you about what to look out for. If you don’t want to go back to your parents, consult your school’s financial aid office.

Digging Through the Trash
Many credit card companies will send pre-activated cards in the mail. They hope the ease of activation will entice you to take action.

But if you aren’t interested, you’re likely to toss the card in the trash. And scammers know that. People who are desperate for free money won’t think twice about digging through your trash. All the scammer would have to do is activate the account and your credit history is instantly tarnished.

Also, you might be tempted to throw out your old credit card statements. However, those little pieces of paper are filled with valuable information — which would also be dangerous in the wrong hands. Get yourself a paper shredder. This could be the most valuable school supply you ever buy. Or, just make sure to rip up any sensitive information and cut up any credit cards you won’t use.

Awarding Scholarships
Many students apply for scholarships before and during their college career. That’s why it seems so innocent to receive a notice in the mail informing you that there is a great scholarship offer awaiting you.

Scammers might ask you to fill out a simple application to be able to access the money. If you provide the information they request, they could steal your identity.

Other offers require the student to pay a small administrative fee before the scholarship can be released. Obviously, once the fee is paid or the information rendered, the scammer is gone; there never was a real scholarship available.

Only apply for scholarships from reputable companies or organizations. Don’t give your personal information to just anyone. And be wary of anyone telling you won something you didn’t apply for.

Pirating Music and Movies
Because college students are almost always strapped for cash, they usually go looking for deals on music and movies. Whether intentionally or unknowingly, students might illegally pirate their entertainment.

Scammers will send a letter saying your illegal activity has been detected. They’ll threaten imprisonment or fines for your actions. But, if you pay a small fee, your sins will be forgiven and the dispute settled.

In reality, there is very little chance that anyone anywhere will be able to detect your illegal activity. Therefore, such a letter would not hold a real threat. Plus, the FBI doesn’t usually allow criminals to pay $20 for a get-out-of-jail card!

How to Stay Safe from Scams

If you do happen upon a scammer, take action right away. You might be able to help other college students stay safe.

If the scam originated from a legitimate business, contact the Better Business Bureau. The BBB acts as a conflict resolution moderator; they aren’t involved in criminal litigation.

The Federal Trade Commission should be notified about fraudsters. They don’t prosecute individual cases, but your information can help them stop wide-spread threats.

Several federal agencies, including the FBI, joined forces to create the Internet Crime Complaint Center. If you encountered the fraudster online, the IC3 should be notified.

You can also contact local organizations if the threat came from someone in your area. For example, you can file a complaint with the Better Business Bureau. You will also want to contact the attorney general in your state.

If you’ve lost money in the fraud scheme, check with eConsumerServices. They help those affected by online fraud or credit card scams get their money back. If you’d prefer to just handle things yourself rather than get help from an outsider, eConsumerServices also offers tips on how to rectify the situation on your own. They have step-by-step guides on everything from how to report scam phone calls to filing a complaint against a business.

College is a very liberating time in life. However, it shouldn’t be a dangerous one too. Be on the lookout for potential scams. Be sure to guard your personal information and credit history carefully. Fraud can have a devastating effect on your long-term financial stability.

Jessica thinks her years at college were some of the greatest of her life so far. She had lots of memorable experiences—both good and bad. Now, she wants to share all her hard-earned wisdom with other college students.
View all posts by Jessica V. →