By Guest Author on October 23, 2015 in Extracurriculars 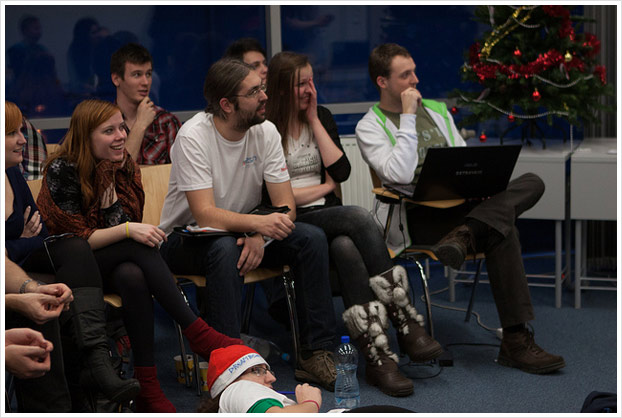 Going to college can be an exciting time in life. All the new interactions and knowledge you will gain as you jumpstart your future can make for quite the experience. The downside is that you get more stress and less time in the day to relax. You also may have a passion that is left to the wayside with all your studies. This shouldn’t get you down; instead it should be seen as an opportunity to come up with an answer to all these problems: a college club.

Colleges have all the resources and people available to you to network and establish a club – just find an entertaining, engaging subject that will draw a group of fellow students and faculty. If there aren’t any established clubs at your college, it’s time to start one ASAP. It will take a bit of work, but the rewards are well worth it. Here are some examples of clubs you can start or get inspiration from:

Art Club
Clubs based around the arts are excellent for getting people to connect and express themselves. Not to mention some fantastic work can be produced and contributed to the school. For instance, painters can come together and create a mural for an empty wall, like they did here in Piedmont, VA. When creativity is on your side, the options are endless, and a college Art Club will bring out the best in the school and its students.

Photography Club
Like Art Club, Photography Club gives students a chance to express themselves through an artistic medium, in this case, pictures. While studying all the intricacies of shooting and developing photos, Photography Club would make itself beneficial to the school that hosts it. For example, offer to document and save old hardcopy photos by scanning and saving them digitally to help preserve your school’s history.

Film Club
Most people enjoy movies, but it takes a special kind of person to immerse themselves into a great film. Enter the cinephile – a person who loves to watch, critique and praise cinema. Of course, Film Club should be more than just an excuse for cinephiles to eat snacks while watching new releases. Set up a committee that organizes movie nights for the whole college. Find out which movies critics are going on about by reading reviews, then plan to show it. Make announcements for the movie night, provide refreshments, and write a review of the night and movie on a Movie Club blog or social media page.

Debate Club
Being able to craft arguments is an especially useful skill, especially in fields of academia that require communication or logic. If you’re a political scientist, philosopher, or just like a thoughtful exchange, start up a Debate Club in your school. Not only would it be engaging, but it looks good on your resume; in a Debate Club you prove you can communicate, work under pressure, and think critically, all of which are beneficial in the eyes of future employers.

Writers Club
While there may be plenty of courses that will allow creative writing, school can only offer so much freedom and time to write. A Writers Club would be a good outlet for writers and poets wanting to expand their skills. Hold meetings around a particular topic for the week or month. Read classic novels and discuss them among the group, critique and share short stories, and put on poetry slams for the school. If Club members wanted to expand into journalism or content writing, they can collaborate with the offices of the college to produce a newsletter or school blog.

LAN Club
LAN is short for ‘local area network’, a term used in Information Technology, to describe a group of computers that are able to communicate and share with each other. To most IT students, a ‘LAN party’ is an event when multiple computers share network access and PC games allow players to compete or cooperate. With permission from the IT department, the right software and servers, you can organize a LAN party. The event would serve as both a tool for tech-savvy students to learn proper networking and attract students who want to unwind after school.

In Conclusion
As you can tell with each club, there are more than just personal benefits to establishing or joining a college club. A club is an opportunity to contribute to the culture of its home college, to provide something more than routine education. With the right planning and the right people in place, there is so much potential that college clubs have to offer, for your education, social life, and more.

This article was contributed by guest author Aaron Farrington.