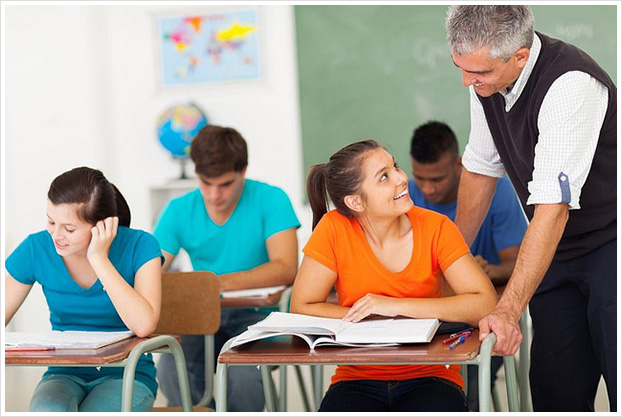 From the outside, the rate of college students who leave before finishing doesn’t seem that bad. In 2011, the last year for which statistics are available, 59 percent of full-time, first-time college students who had started working toward their degrees within the six years prior earned bachelor’s degrees, according to the National Center for Education Statistics. That means less than half left college before completing their degree.

If you’re among the 41 percent who dropped out, however, your perspective on the issue is likely more bleak.

Without a degree, you’ve almost certainly had doors closed in your face for jobs you really wanted – and would have been good at. Widely used culling programs automatically discard the resumes of job applicants without a degree, so your relevant work experience and stellar work ethic sometimes never even have a chance to be seen by human eyes. If you do get a foot in the door and land an interview, your lack of degree may still be a deal-breaker, no matter how well you impress the interviewer.

Finishing college makes you less likely to be unemployed or underemployed. Unemployment rates for people with bachelor’s degrees are about half the rates for people who never finished college, according to the Bureau of Labor Statistics. You’ll earn more, too. A four-year degree can help you earn nearly $400 more per week than someone who left college, and a graduate degree may mean you earn $981 a week more than someone with no degree, the BLS reports.

Perhaps the most disheartening news of all, however, is that dropping out of college can impact your physical and mental health, too. People who’ve completed higher education degrees are less likely to suffer from depression and mental disability, will likely live longer, and have a lower risk of developing serious, life-long illnesses such as heart disease, high blood pressure, and diabetes.

Chances are, you’ve always regretted not completing your degree. You don’t have to regret it for the rest of your life.

When Going Back is Really Moving Forward

College enrollment is increasing, but how it’s growing might surprise you.

Between 2000 and 2010, enrollment of students 25 and older (the group most likely to include people re-entering college after dropping out) rose more than 42 percent. In contrast, enrollment by those 25 and younger grew just 34 percent during the same time frame. What’s more, older Americans are also returning to school, according to the American Council on Education. While some of them are doing so to facilitate career changes, others are going back to college to complete degrees long left unfinished.

Why Wouldn’t You Go Back?

Regardless of all its inarguable benefits, going back to college is not without its challenges.

For one thing, the cost of a college degree continues to escalate, both for first-time students and those re-entering the academic world. Since 1985, college tuition costs have soared 500 percent, according to a Bloomberg report. By contrast, the cost of health care has risen 286 percent, and the consumer price index just 121 percent during the same timeframe.

Even students who qualify for financial aid or who are able to fund their own education may find it challenging to juggle college demands, work schedules, and family obligations. Others may worry about fitting in culturally on campuses dominated by much younger students.

Still the wealth of benefits a college degree delivers can make it well worth the investment of time, money, and passion to overcome any obstacles to your re-entry into college. If you’re still unsure, consider one more valuable piece of information:

Your already-completed college coursework may be transferable, even if you’ve been out of school for years.

The Boon of Credit Transfer Programs

As a college dropout returning to school, you have advantageous access to a tool unavailable to most traditional first-time students or older students going to college for the first time. You may be able to apply the credits you’ve already earned toward your renewed pursuit of a college degree.

As more people return to college, institutions across the country are recognizing the value of credit transfer programs and policies. Many schools, public and private, for-profit and nonprofit, offer some type of credit transfer. You’ll need to share your previous college transcript with your new school, and the transfer credits must be approved by the college. Should you qualify for the program, you’ll re-enter college with advanced standing – having already accrued some of the credits you need to graduate.

If you’re ready to take advantage of all the benefits – both professional and personal – associated with a college degree, your first step should be to research schools. As important as it will be to find one with just the right degree program, you should also consider flexibility of scheduling and how generous (or restrictive) their transfer credit policy is.

With more options than ever for earning your degree, it’s never too late to go back to college and upgrade your status from college dropout to college graduate.

This article was contributed by Lizzie Wann.