By Damian Chen on September 1, 2015 in Technology 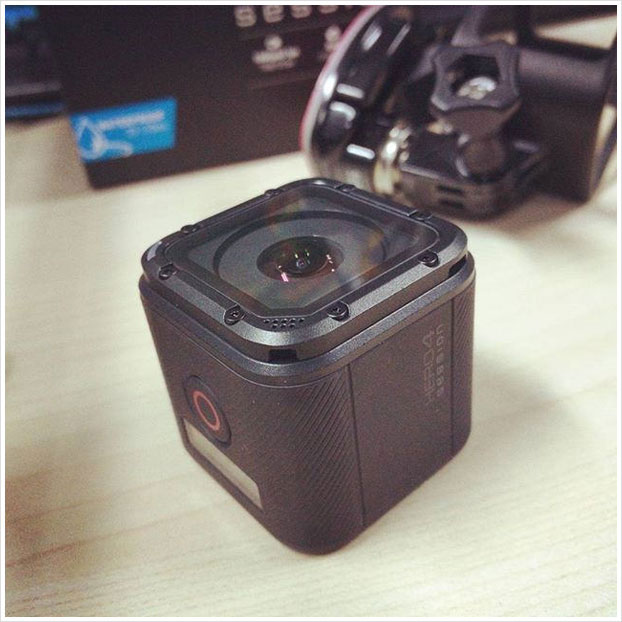 The latest addition to the family of GoPro cameras introduces a smaller and more compact camera than its predecessors in the $399.99 price range. The Session provides customers with many of the same benefits that the larger models have but in a smaller version for the casual user.

With the distinct GoPro look, using the Session should feel no different than with the Hero4 Black or Silver. The lightweight version of the new model and its low profile frame allow it to be used for a variety of angles or heights. Mounting the Session is fairly easy due to its size, and the model is compatible with all GoPro accessories – meaning you won’t be losing out on anything due to the Session’s size. The camera should also be paired with the mobile GoPro app which you can download from both the App Store and the Android market. Unless you’ve purchased the mobile remote already, the GoPro app will allow you change the settings and modes of your camera. Just make sure to pair the two together (Session and App) and you will have full control. The Session is a waterproof camera (including its microUSB and microSD ports) up to 33 feet deep.

Performance wise, the Session is very strong for its small size. There are options to film at upwards of 120 fps, but with lower video quality and vice-versa. While the Session doesn’t come with 4K capabilities, it still provides many of the benefits that make GoPros so popular. Testing the Session demonstrated that it’s just as powerful as its predecessors with few differences. The Session performed just as strongly in different lighting and was great at capturing strong colours. Moving while using the Session was similar to other GoPro models and captured video well, with a few bumps because of the lack of stabilization. The new audio quality implemented into the Session is noticeably better, especially in water environments. The Quick Capture mode that was introduced recently also works very well with only 4-5 seconds from turning on till it captures video.

As for battery life and camera size, the Session is set to last around 2 hours for full use, lasting longer if the camera is idle. The camera size, while obviously smaller at the 1.5 inch sides, is still big enough to capture most videos you’ll need.

For the casual user, the Session is certainly a model that should be considered when looking to purchase a GoPro. It provides all the essential elements that make GoPros amazing, at a cheaper and smaller size. While there are certain aspects of the Session that are noticeably weaker in comparison to its brother, it is still a phenomenal camera built to last.