By Lisa Amato on February 3, 2014 in Academic Life, General, Programs 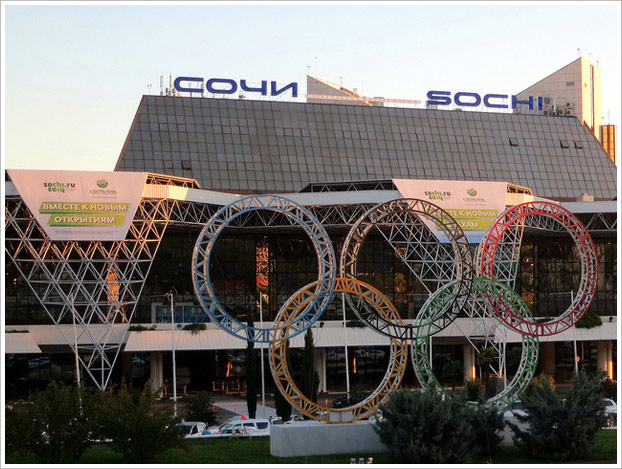 Do you feel guilty about watching the Olympics this year? Like you really should be working on that assignment instead? Well, before you turn off the TV, we’ve got some news: it might actually be good for you, a student, to watch the infamous Games – and not just so you know what everyone’s talking about on Facebook.

The Olympics can be both inspirational and educational for students. No, we’re not just talking to those of you who happen to be athletes. We’re talking to students majoring in…well, everything.

We’ve talked before about how you can’t get any better education than incorporating real-world experience into courses, and the Olympics gives you an opportunity to really see what goes on behind-the-scenes.

Here are some ways students in various majors can keep an eye on real-world happenings in their industry while completely enjoying the Olympic Games, guilt-free:


Over a billion dollars has already been spent on marketing at the Olympics. Can you see what it’s been spent on? Future marketers can watch for product placement and banners at the events themselves, and how companies all around the world take advantage of the buzz through commercials and social media. What’s the most effective marketing tactic for you?

Sure to be one of the biggest news subjects of the year, watch the various events and figure out what you would write about. What do you think tomorrow’s big story will be? How would you handle a scandal for the media? What are the most tweeted events? Which news entity do you think is providing the best coverage?

Do you approve or disapprove of the way the Russian government is handling the event? What are your criticisms of it? What would you suggest for the use of the event venues after the Olympics to ensure the government doesn’t lose money?

A lot of money has been spent on building new event venues and improving infrastructure for the Olympics. Would you have done anything differently? Do you think it was a worthwhile idea to spend money on infrastructure and buildings now, in hopes Russia can recoup the costs later?

Although many people will be attending the Olympics in Sochi this year, some may be wary about visiting Russia in the future. How would you promote tourism here? What would you do to help people feel safe in the country? Are hotels and restaurants doing anything special for the Olympics to welcome tourists? How much have prices increased during the event?

Which country is taking home the most medals? Do you see a relationship between medals won in certain sports and the countries these winners are from? Do you think the genetic makeup of a person has anything to do with their skill in a sport?

Over 8 billion dollars was spent building new roads, railways, and even a glass-front train station in Sochi. Pay attention to what transportation is like – are people complaining about congestion? Did the company in charge of infrastructure do enough (or not enough) to host the event?

Look into how the engineers built the platforms for various events – how do they perfect the icy track for the luge? How do the skiers make sure they rotate the right amount in the air? Pay attention to the angles and surfaces used in different winter sports. Have any innovative materials been used this year?

Listen to the interviews of various athletes before and after the events. Are the expected winners taking home medals? Is anyone cracking under pressure? What might influence their mentality at the games?

As you can see, as a worldwide event, the Olympics is not just a sports competition. Every industry is involved in some respect, and if you are passionate about your major, you’ll find how the Games relate to you. You’ll learn about the way it applies in a real-world situation, and you may even be able to work what you’ve learned into your next assignment.