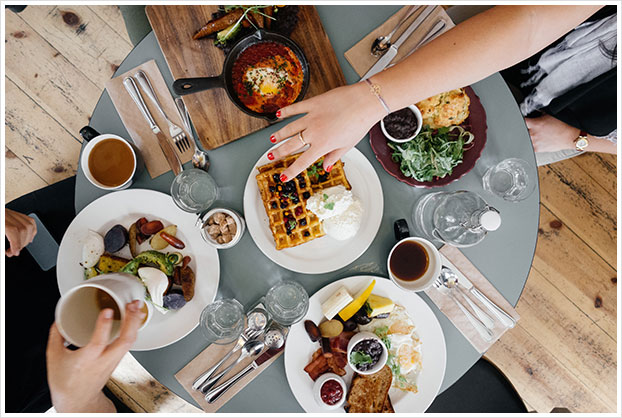 A student life is not easy these days. The pressure of studies and never-ending financial crises are dealt with by the majority of students, yet we swallow our shortcomings and try to look cool. It’s quite normal to see students pack up after class to get to a part-time job.

Sometimes, we work 4-5 hours a day in order to make up for some of the expenses. After a long, tiring day, the last thing we want to do is prepare dinner.

So, today, we are going to discuss a few healthy recipes that can be prepared in a short amount of time (some even in 10 minutes). 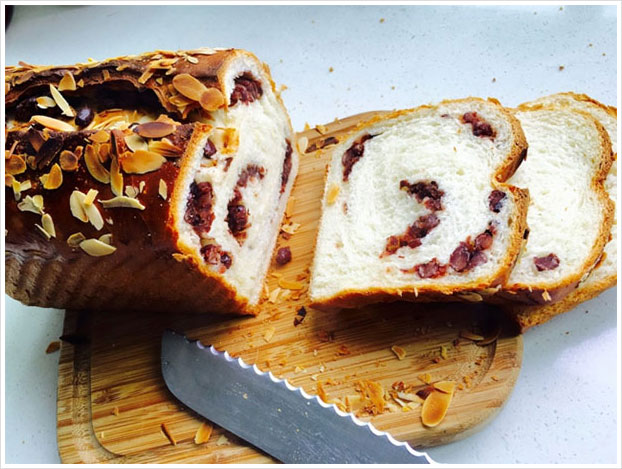 This is not just healthy, but cheap as well. You can prepare it well within 10 minutes and it also tastes good (if you love beans). Consider adding tomatoes, cheddar cheese (grated), or pepper to make it more flavourful. Some people boil the beans first to make a thick sauce and caramelize the beans. It is up to you to decide which version you want to go with. 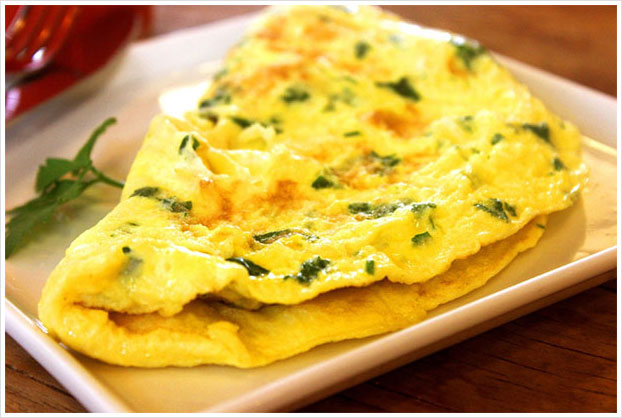 Most students are big fans of omelettes. It’s an easy dish to prepare and it sure is healthy. Now, what type of omelette you want to prepare depends on your preferences. Omelettes are prepared differently in different parts of the world, so you can make your favorite version. Or, just follow the following steps and try out this one:. 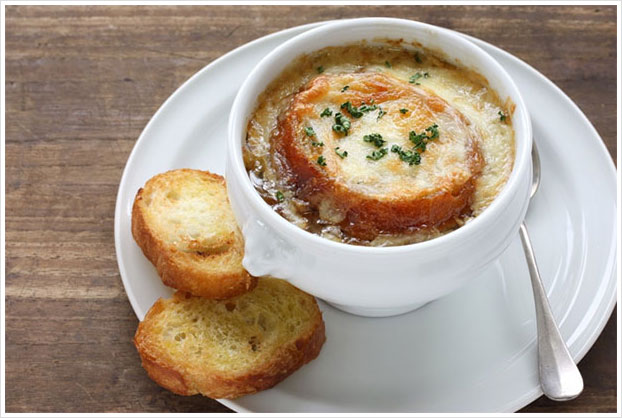 If you are looking for a light and healthy option for dinner, go for soup. You can buy cans or cartons of soup, but I recommend you cook it yourself. It will cost less than those cans and cartons, and it will be a lot healthier. French Onion Soup, for example, is full of flavor:

If you have a microwave in your kitchen, you’ll want to use it for jacket potatoes. This is one dish on the list that will take more than an hour to prepare, so if you can hold your starvation for an hour, go ahead with this recipe. 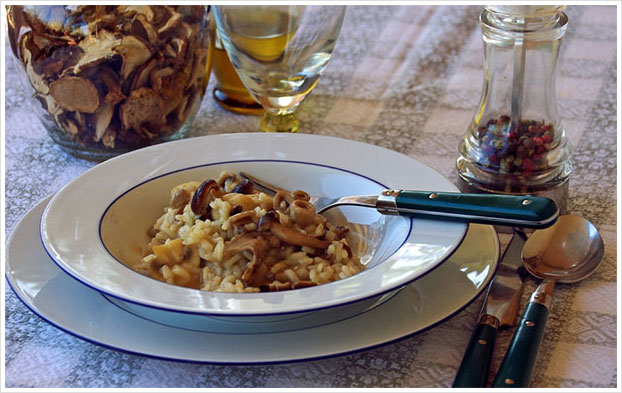 Did you know that risotto is also an easy dish to make? There is no obvious list of ingredients, so you can choose whatever you want, from chicken to prawns or even vegetables.

This article was contributed by guest author Monica. 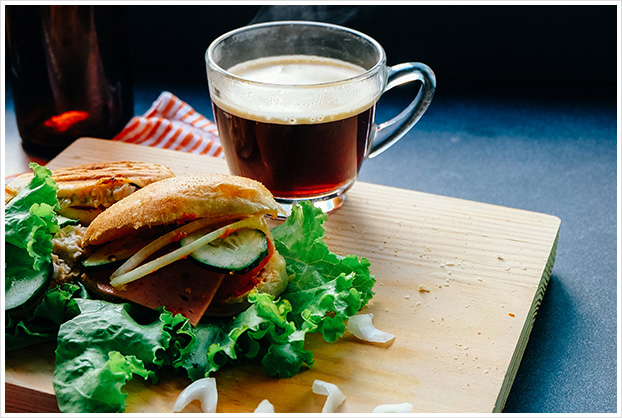 As a college student, we know you’re very busy. You juggle schoolwork with part-time jobs and may have to subsidize your living expenses from your own income with student loans. But despite the busy schedule, it’s important to eat healthily while keeping food costs practical. So here are some recipes to help you get started:

Potatoes are the perfect breakfast or snack if you’re looking towards a full morning with little to no time to spare. A good way to cook potatoes in the morning (or to keep in your brown bag for later) is to turn them into hash browns.

Procedure:
Peel and wash potatoes. Grate potatoes and place into a kitchen towel to drain. Season the potatoes with salt and pepper. Heat a non-stick pan and add in oil and butter. Place a thin layer of grated potatoes into the hot pan or skillet and cook until brown and crispy. Flip hash browns and cook other side. Season with onion powder or other dried herb if desired. Serve with ketchup or sour cream.

This is an awesome comfort food that is cheap and easy to make. Adding in spinach also makes it healthier.

Procedure:
Saute garlic in a skillet and add in spinach. Cook for 5 minutes. Season spinach with salt and pepper. Divide feta cheese for two sandwiches and layer on two slices of bread. Add cooked spinach on top of feta cheese, then cover with mozzarella cheese. Cover with the remaining slices of bread. Grill sandwiches on a grill pan until browned and cheese melts.

Perfect for breakfast, you can also prepare these muffins in advance and freeze them. When you’re hungry, you can simply reheat them in the microwave.

Instructions:
Pre-heat oven to 350F. Meanwhile, whisk spinach, eggs and egg whites together. Pour in skim milk. Add a dash of salt and pepper. Spray oil into the muffin tray and pour in egg and spinach mixture. Top each cup with cheese. Bake for 20 minutes and remove with butter knife.

Instead of expensive and unhealthy pizza, make one in your own dorm or apartment. It tastes good and costs less!

This article was contributed by guest author Katherine Tuggle. 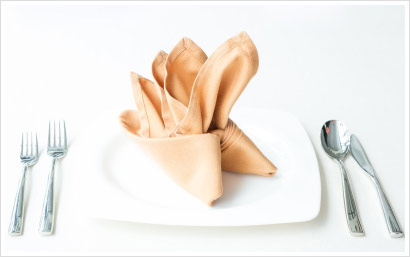 
Essays, laundry, parties. You have your fair share of activities to take up your time. How do you find the hours required to cook a meal? Well for starters, we’re helping you cut down those hours to a mere 10 minutes with some easy and tasty recipes. Whether you’re looking for breakfast or dinner, appetizers or desserts, we’ve got you covered:

Nachos
Besides being easy to make, nachos are delicious. They’re perfect as a snack or a meal. Enjoy while studying or watching a football game with friends.

French toast
French toast is great, if you have a sweet tooth. This recipe takes about two minutes. It’s relatively easy and makes a great dessert if you have guests.

Egg sandwich
Ever crave eggs but avoid making them due to the time it takes? You won’t have to deal with that any longer. Making an egg sandwich only takes two minutes when you’re using the microwave.

Fried rice
Cooking fried rice is a great way to get rid of leftover rice. Not to mention, it is tasty. Impress your friends with your cooking abilities by serving fried rice. None of them will guess it took under 10 minutes.

Instant chocolate cake
If you’re craving chocolate cake, there’s a recipe that’ll bring it to you in only 10 minutes. This recipe is great when you need a break from studying or want something sweet for breakfast. The process is just so easy you may have to share with your roommate.

Frittata
Make an omelette in just 10 minutes with this simple recipe. You don’t have to worry about your waist when eating frittata; it’s healthy and low in calories. Get your dairy, vegetables and protein in one nifty recipe.

Strip steaks with tomato-mint salsa
This recipe is great for when guests come over. It takes less than 10 minutes to make the meal, so you can get your studying done. Serve with bread on the side, if desired.

Chilli
Get your protein with this 10-minute meal. Dip chilli in bread or eat alone. This meal is great for a get-together with friends.

Cooking doesn’t have to be a hassle, and you don’t have to let it cut into your precious study time either. Sometimes all it takes is ten minutes to cook a healthy, filling meal. Don’t let cooking stress you out!