By Guest Author on November 14, 2017 in Scholarships 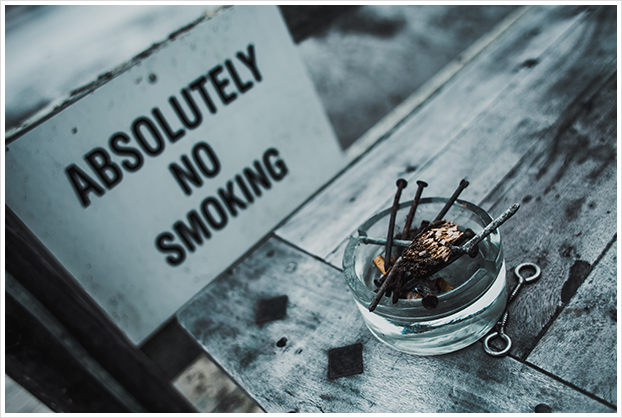 Photo by Steven Pahel on Unsplash

That’s right – even if you would classify your smoking habit as just ‘occasional’ or ‘once in a while’, or even as ‘social smoking’, studies have shown that it still carries cardiovascular risks. Despite warnings from experts, however, most middle and high school students believe that smoking cigarettes sometimes (but not every day) poses a significantly lower risk for their health.

So, exactly how many is ‘most students’?

Well, if we take a look at the data from the 2012 National Youth Tobacco Survey, we’ll see a rather worrying statistic – two-thirds of surveyed students believe that non-daily smoking is not harmful. In fact, if you light up only a few cigarettes when you are out with friends (let’s say two or three times a week), the adverse health effects you’re exposing yourself to are equal to those projected for heavy daily smokers.

These adverse health effects include:

Prevalence of Smoking in High School and College

On a positive note, the number of underage smokers has declined since 2011. In 2016, only 2.2% of middle and high school students reported current smoking. Still, that’s a pretty alarming number and we should aim to bring it down in the future.

Unfortunately, that positive trend doesn’t continue in the college environment. A whopping number of college students report smoking either occasionally or semi-occasionally – close to 23% of them. 18 to 19 year-olds tend to smoke a bit less – 5.5 to 8.3% of them report as current smokers. However, the number of those who smoke occasionally is larger.

Why is there such an uptick in college smokers?

There are several reasons we can attribute this rise to:

As we already know, colleges and universities are places where young people learn to experiment with things. Add to that the lack of parental controls (for out-of-state-students) and it’s really not a surprise that the number of smokers goes up.

However, research has shown that colleges that implement a smoke free policy on their campuses and enforce it, manage to reduce the number of smokers. As of October 2, 2017, there are 2064 100% smoke free campuses in the United States. Only seven years ago that number was less than 500, so it’s a great improvement.

Although statistics indicate that smoking is no longer as popular as it was, we as a society still have a long way to go if we want to completely eradicate it. To do that, we need your help and are prepared to award your efforts in spreading the smoking cessation message that we at ECR are working hard to promote.

ECR will award three $5,000 scholarships to high school, college, and university students in 2018. It’s our sincere wish to help you through your, often very expensive, educational years.

What do you need to do for a chance to win?

The essay in question needs to be thought out and informative and offer your view on smoking. What we’re looking for, namely, is to find out what you think about how smoking is negatively impacting our society and what we can do about that.

The deadline for submissions is May 30, 2018, and the winners will be notified via email on or about August 30, 2018. For more information about the scholarship, please visit the ECR Scholarship page.

Help us help active smokers quit by showing them your version of the smoke free world. We’re looking forward to your entries and wish you all the best in your efforts to win the ECR smoking cessation scholarship!

This article was contributed by guest author Lindsay Fox.