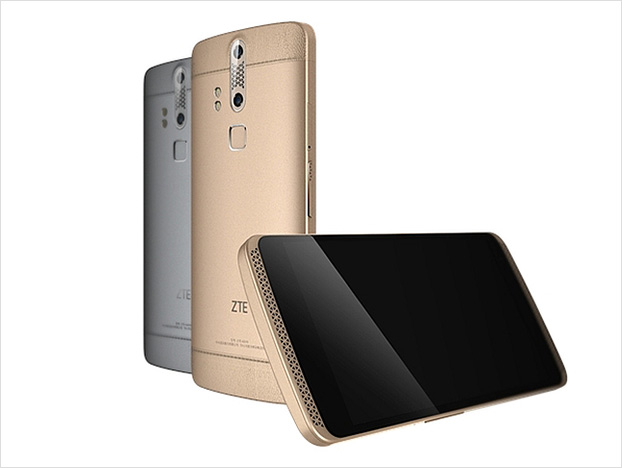 The latest ZTE phone boasts a lot of cool features – ones you expect to find in higher end phones, and not so much in mid-range phones like the Axon mini. So naturally, we had to check it out. Appearance-wise, the phone looks good. It’s nothing out of the ordinary, though it does have some faux-leather features on the top and bottom. This phone comes with the latest and greatest toys – pressure touch, fingerprint, eye, and voice scanners, and is apparently made out of aviation-quality aluminum titanium alloy. However, it could have used some final tweaking before coming onto the market (as made most obvious by some spelling mistakes throughout the system).

The fingerprint scanner is not as accurate as I’d like – sometimes it took a few tries before it would scan. Same goes with the 3D pressure screen – even after calibrating a couple of times, it occasionally misunderstood what I was trying to do. I was most excited to try “Sky eye” – the eye scanner, but didn’t realize that it could only be used to unlock certain apps – not the phone itself. I guess I won’t be feeling like Bond every day after all!

As for the camera, it seems that this is a feature many people use very often – and it was ok. Pictures were blurry in low-light conditions and perfectly fine with good lighting.

Overall, it is a decent phone if you can live with or work around a few of its quirks. It’s definitely more affordable than some of the other phones on the market, but does boast similar features.